Jeroen Jongeleen is an experimental visual artist, operating in various ways, but always about the way we deal with public space: the way we define it, frame, limit and controle it. In his interventions, legal aswell as lesser legal , he questions the role art can play in this. Where traditionally an artist paints with paint, a sculptor sculpts or videos’ are made with a camera, at this stage of his practice Jeroen runs his art through running. Below a selection of things he did before: *Commitments / (Celebrating the ‘free’ top-views of various cities in a quest for a better panoramic view), Rotterdam 2005.

Below are a couple of direct-action kind of things. Various online channels show other works and interventions:  Upstream Gallery, Amsterdam and Harlan Levey Projects, Brussel officially represent the more let’s say object related, the less obscure part of his practice. The Climbing of Buildings, Fences and other Opportunities / Paris, 2002 > 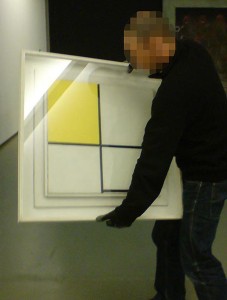 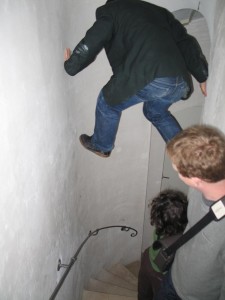 *Hard to Climb and leaving traces at the same time / (That was then, this is now, De Appel Amsterdam) 2006 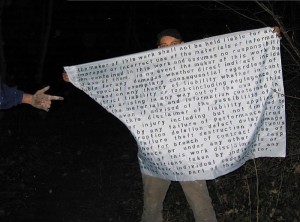 Upstream Gallery |Harlan Levy Projects
my own website: flu01.com | my friends at Trendbeheer |

Contact / E-mail my Team during the duration of the project