Running an imaginary line from my studio in Rotterdam to its exhibition in Berlin, 2015.

“Some months ago I was invited by Adrian Nabi to participate a (remake after more then 12 years of a) group exhibition in Berlin. In responce to his question to show work that represents my active art practice, I’d decided to not focus on the end-work that normally fills the walls of an artspace, but to represent the actual effort it takes to produce a work itself. ” 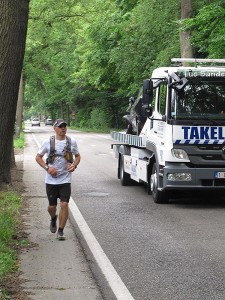 On saturday the 9th of May 2015, Jeroen Jongeleen had left the comfort of his studio in Rotterdam (NL) in an attempt to run in a straight blow to Berlin ,Germany.
The opening On the 22nd of May of the exhibition named ‘Backjumps Live Issues IV’ at Kunstambt Kreuzberg was the goal of arrival.
In an aim to run an average of about 55 km per day for 14 days, this would have brought him to the doorsteps of the Bethanienhaus building, hosting Kunstambt Kreuzberg.

The attempt itself, to physically bridge the distance between Rotterdam and Berlin, between his studio space and the exhbition space, was his actual artistic contribution to the exhbition. The effort it took him to run the needed distance day in day out, and the possibility to fail due to injuries or otherwise took the center of this action.

In this attempt Jeroen was supported by a small team of fellow (sporting) artists helping him to finish his selfproclaimed task of reaching the destination, and documenting bits of it along the way, finding you through this medium.

>The route taken was on main roads where needed, but on smaller trails and roadsides where possible, besides the inevitable on hands and knees pushing through thick bushes, 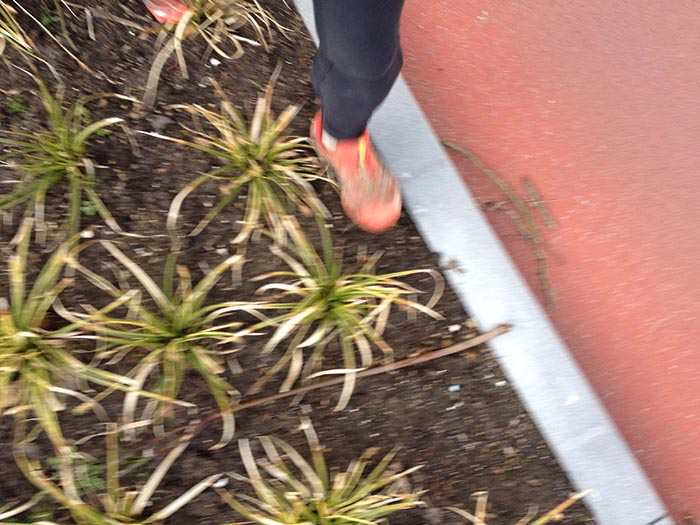 The route: the total distance ran was about 750km, finally realized in 12 days (giving the crew 2 hard-needed rest-days ; )