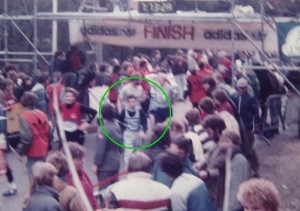 1984, Just after finishing my last official run (18,5km Apeldoorn Mini Marathon). The distance fell so hard on me that I stopped running for years. 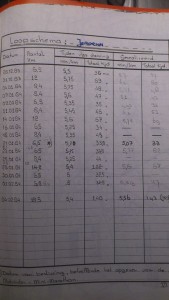 Back in 2012, after years of running holidays my brother lurred me into participating in this 15km mud run, forcing me to pick up my old trainers again. Slowly but steady I got into a routing of training and being able to run longer and longer distances. This made it possible for me to use my running ability for another purpose: Running Shapes – a plan I had for quite some time, but now withing my grasp to realize. In this the idea was to make my own so-called habit-trails, paths walked into the grass by repetative movement. The longer I was able to run, the more effective  I could draw my fields. 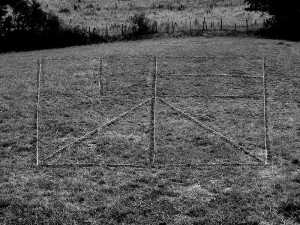 It takes to long to walk you through all steps along my work, before ending up making the plan to run from Rotterdam to Berlin, but a key-moment was my participation into an organised race called ‘Limburgs Zwaarste’, which covers a distance of 100km. For me the distance made it possible to see this attempt as a work in itself. A 100 kilometers comparible to a black square or a simple cut in a canvas. A choice opening up new paths rather then and final position or an aknowledgment of what already was. 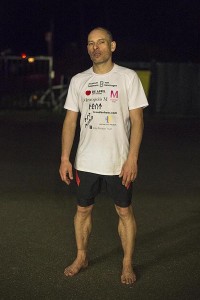 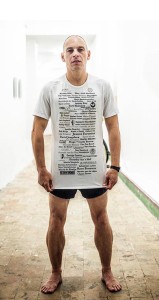 A short documentary by Arthur Bueno on my running to Brussels:
https://vimeo.com/108653487

A 700km-project as such better not start completely unprepared I thought, so I did several health tests, reading about 1,5 meter of books on long distance running and followed a training regime to prepare myself a little – as far as that’s possible for distances as planned. 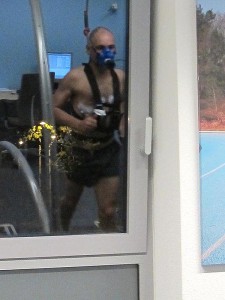 * Sport Medical Center Papendal checked and approved the basic mechanics at the beginning of my more heavy training proces. Dragging A Circle Along a Dutch Polder Road, 2013

*A lack of hills forces you to do weird stuff in the Low countries. Running for 2 hours like this feels like 2 in the Alps, at least imaginary.. 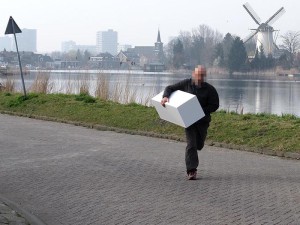