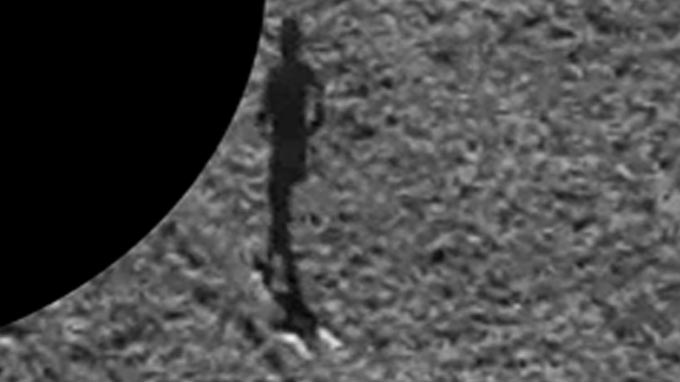 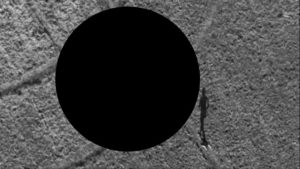 A drawing, being run by various players, obscured by a black dot.

“Since 4 years now, Jeroen Jongeleen extended his artpractice with running distances and traces. Tricked by the shortcuts he photographed in parks, he desided to construct his own paths by running for hours and hours along his own drawn parcours. After wearing out the grass of cityparks drone-documentation finds its way to the public.”

“For Rib247, [ http://www.ribrib.nl/ ] Jongeleen shows a 4-track drawing (two straight lines crossing 2 circular paths), being partly obscured by a black circle, blocking our view on the part where it seems to matter the most – its crossingpoints, but at the same time reflecting the stained glass gallery-window. Various players run their shadows along the screen in the layer below the dot.”